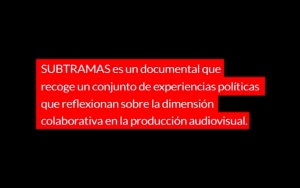 A mapping of the emotions of improper bodies
Presentation of the project with Sara Fuentes and Rosalía Jordán, researchers at the Museo Reina Sofía Study Centre.
Collaboration project that explores the relevance of feelings and emotions in the daily life of the vulnerable and precarious bodies that experience discrimination based on gender, class, functionality, race and/or sexuality in the neighbourhood of Lavapiés (Madrid). The presentation includes the activation of the audiovisual mechanisms generated: map and video essay by Marta Huertas and Lydia Fernández.

Collective film set during a unionisation campaign in London that targeted women cleaners working the nightshift, who were employed under very precarious conditions. This film is considered to be of key importance in the experimental political filmmaking of the 1970s in Britain.

The audiovisual commission of Madrid's May 15th movement has been providing – since May 2011 – audiovisual information about the actions carried out by the movement and also about alternative critical narratives regarding the current economic crisis. It has also produced documentaries and films that make use of collaborative and collective methodologies.

Screening of the film Children of Srikandi 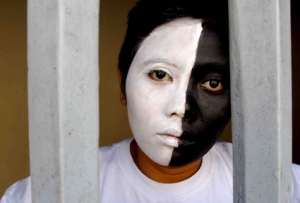 The first documentary to be made about queer identity in Indonesia, the country with the world's largest Muslim population. The participants worked collectively using personal situations and experiences, creating works that range from observational documentary to concept art and personal essay, exploring queer policies, violence, social exclusion, religious belief and sexual identity. 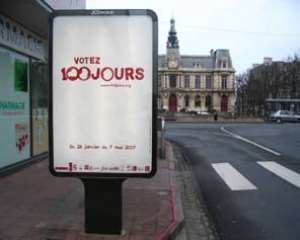 The 100 Jours collective seeks alternatives to the dominant audiovisual forms purveyed by the mass media; their project was simultaneously a political and a cinematographic experiment, consisting in 100 short films by local and international visual artists, screened in the 100 days before the second round of the French presidential election in 2012.
http://www.100jours2012.org/

Claire Glorieux, 2011, 16´.
Presentation by Xabier Baudoin, director of art studies at Casa de Velázquez - Académie de France de Madrid.
One of the Canary Islands has a whistling language that was used, prior to the advent of roads or cell phones, to speak with those who are far away. The filmmaker went there to learn this language, by attending classes at whistling school

Diary of a Collaboration

Presentation of the project with the presence of the Catenaria Collective, formed by researchers at the Museo Reina Sofía Study Centre.
The collective promotes debate about questions related to collaboration, so as to give visibility to and invert the mechanisms that establish the prevailing criteria regarding conduct in museums.

Presentation of a project carried out by students from the Faculty of Fine Arts of the Universidad de Murcia and Pedro Ortuño, artist and professor at the same institution. 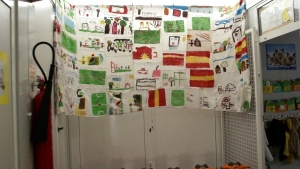 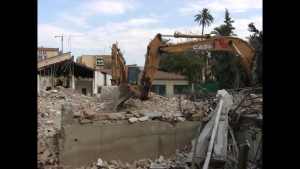 This is a collaborative audiovisual project carried out as part of the class Interventions in urban and natural space. It focuses on La Paz, a working class neighbourhood in Murcia that is known for its cultural diversity and its controversial nature. For years the city council has had plans for an urban remodelling project here, plans which will no doubt alter the neighbourhood's identity.